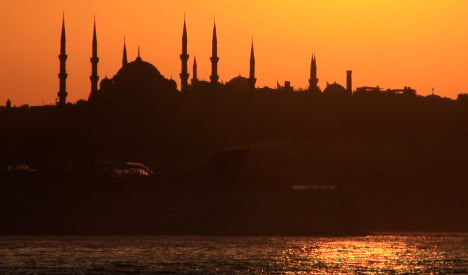 A view of Istanbul. Photo: DPA.

The German central government has issued further warnings about travelling to Turkey, in particular to the country’s largest city of Istanbul, Spiegel Online reported on Wednesday.

The Foreign Ministry had already warned on Monday of a heightened risk of terrorism.

“There are indications of possible attacks on subways and at bus stops in Istanbul,” the government warned.

A government spokeswoman said that there is “known instability” and the risk of possible escalation in Turkey.

The Foreign Ministry said that travelling in the area near the Syrian border carries the “danger of further terrorist attacks and kidnappings of foreign citizens”.

Imminent threats to vacation areas have so far not been detected, the ministry added.

Last week, a suicide bombing by an Islamic State fighter on a Kurdish town near the Syrian border left more than 30 people dead.

Separatist fighters with the Kurdish Workers’ Party (PKK) then claimed responsibility for killing two Turkish police officers in retaliation. The separatist group complained that the Turkish government has failed to help them in their fight against Isis in their region.

Turkey has launched airstrikes since against Isis, but has also begun attacking the PKK.

Turkish President Recep Tayyip Erdogan indicated this week that he would end the two-year-long peace process with the PKK, though the government has since said compromise may be possible.

A PKK insurgency that began in 1984 and went on for almost three decades resulted in tens of thousands of deaths.