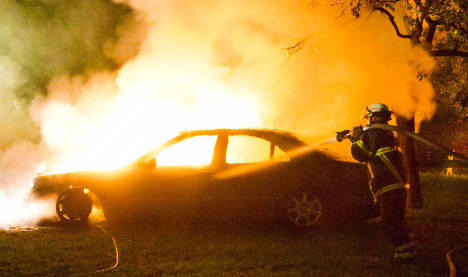 The city court in Siegen sentenced the former voluntary fireman on Wednesday after he admitted responsibility for starting 31 fires, reports the Westdeustche Allgemeine Zeitung (WAZ).

After starting the fires, the man would turn up at the scene in his role as fireman to put them out.

The defendant felt secure “in the role of helper and saviour,” said the judge in her ruling.

“In order to have this feeling as often as possible, he repeatedly set things on fire.”

The arson attacks took place over a five-week period at the beginning of 2015, spreading fear in the local community.

As well as setting fire to a paper container outside a supermarket, the man also torched cars, a truck and a caravan.

At the start of the trial the defendant had said that “the fire service was everything to me”.

He blamed his actions on marital problems, accusing his wife of being violent against him and treating him “like a doormat.”

Out of embarrassment he had never been able to speak about his problems with his fire service colleagues, he said.

The total cost of damage caused by the arson was estimated to be €126,000, said police.