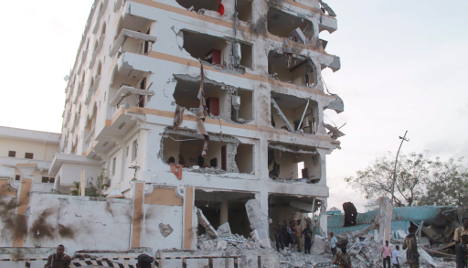 The information was given to the German Press Agency by a high-level security official in the Somali capital on Tuesday.

The official, who wished to remain anonymous, said that the bomber held German and Somali citizenship.

Spiegel reports that the man lived in Bonn in North Rhine-Westphalia before returning to Somalia.

The al Shabaab militia, which is loosely affiliated to al Qaida, has claimed responsibility for the attack on the Jazeera Palace Hotel, which is situated next to the offices of the United Nations.

The road is heavily used by international aid workers and diplomats. An employee of the Chinese embassy was killed in the attack.

The bomber blew himself up inside a truck filled with explosives.

It was the third time that al Shabaab have attacked the Jazeera Palace Hotel.