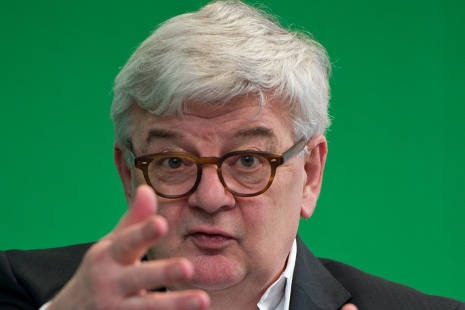 Fischer was not sparing with his words.

He accused Merkel and Finance Minister Wolfgang Schäuble of making decisions “fatal for Germany and Europe”.

During negotiations over the night of July 12th to 13th with Athens about Greek domestic reform, they had created a “historic fracture” with the past, Fischer said.

On July 13th a deal was finally reached between Athens and its creditors, the European Commission, the European Central Bank and the International Monetary Fund, on Greek reform proposals.

Germany played a central role in these negotiations, in which talks often were reduced to three-way discussions between Merkel, Greek Prime Minister Alexis Tsipras and French President Francois Hollande.

Schäuble is believed to have pushed a hard bargain, and critics accuse him of using the threat of a Grexit to make the Greek government back down from many of its negotiating positions.

Merkel and Schäuble negotiated “without compromise,” Fischer warned, accusing them of acting solely in the German national interest and of taking a step towards turning Europe “into a German sphere of influence”.

Fischer, one of the most prominent figures in the Green Party since the 1980s, was himself no stranger to controversy during his time in office.

His decision in 1999 to commit German troops to combat in Serbia – the first time German troops had seen combat since the Second World War – was a major break with his party's previous pacifism and caused deep soul-searching in the federal republic as to Germany's role in Europe and the world.

But Fischer warned in his editorial that it was Merkel who was making the real break with German post-war diplomacy.

Referring to the night of the negotiations, he said “for the first time Germany didn't want Europe, it wanted something less, and that means in plain terms: the transformation of the eurozone from a European project into a sphere of German influence”.

He said that Germany was turning Greece into a subject state.

“The alternative which Germany offered was either get out or accept a programme which makes you de facto a European protectorate with no hope of economic revival.”

He reserved particular bile for Schäuble, who he accused of still harbouring hopes of pushing Greece out of the euro.

“[Schäuble] wants to use debt relief as leverage to realize his idea of a 'voluntary' Grexit,” Fischer wrote.

“The belief that the euro can be put to use to re-educate southern Europe economically will prove to be a dangerous mistake not only for Greece, but for the whole of Europe, which has been built on diversity and solidarity.”

He concluded by saying that Germany has profited more than any other country from a united Europe, saying Berlin needs the European idea as a curb on its naked power.

“To let this foundation further erode would be an unparalleled act of foolishness for Germany and Europe and would bring the 'nasty Germans' back.”