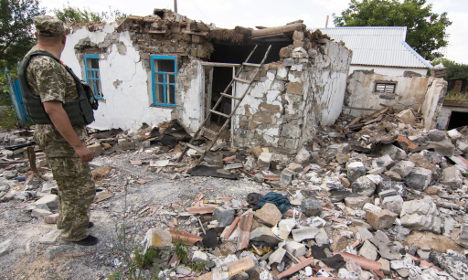 On Thursday, the leaders “agreed on the importance of respecting pledges undertaken in Minsk in February”, the presidency said in a statement, referring to the truce deal struck in the Belarussian capital.

These included “the withdrawal of heavy weapons from the line of contact, the complete implementation of the ceasefire and access to the OSCE's special observer mission”.

The leaders also “welcomed the intention of the parties to discuss on July 28 local elections and the decentralisation regime”.

“The importance of having a single date for the organisation of local elections in the whole of Ukraine — including some sectors of the regions of Donetsk and Lugansk — was underlined,” added the French presidency statement.

The Minsk deal had agreed to grant temporary autonomous status to the rebels controlling parts of east Ukraine, but it had struck a note of disquiet among many lawmakers in Kiev.