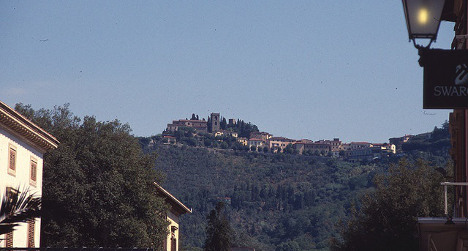 The German student died after falling from a balcony in Montecatini Terme, Tuscany. Photo: Gerry Labrijn

Jan Miklas Wagne, who was on a field trip with his classmates, died instantly after falling 15 meters from the bedroom balcony of a hotel in the town, which is popular for its spa hotels, La Stampa reported.

Police are yet to ascertain how he fell, but according to initial statements from his friends, he leaned too far over the balcony and lost his balance.

His death comes less than two weeks after a 20-year-old American student fell from the third-floor window of a building in the Umbrian city of Perugia. According to the most recent reports, she is now in a stable condition.

In May, a 19-year-old Italian fell to his death from a hotel balcony during a trip to Milan’s Expo trade fair.

Domenico Maurantonio, from Padua, died after falling from the fifth floor of the Da Vinci hotel.