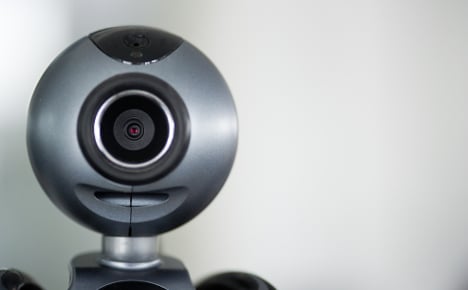 The Aalan teen is one of at least five men who have been seduced and blackmailed by female sex scammers in recent weeks across the region, police told the Augsburger Allgemeine.

The anonymous teen eventually reported his seductress to the police – but not until she had forced him to pay up €100.

The blackmail always begins in a similar way: with a man meeting an attractive woman on an internet chat room.

As the pair quickly become closer, the flirting intensifies from online messaging to video calling.

The woman then seduces her victim into a series of online sex games – before revealing she's filmed the whole thing.

Threatening to post the video online and send it to her friends, she then demands money from her new acquaintance.

A 'wave' of incidents

According to police in the Bavarian city of Augsburg, sexual blackmail is becoming more widespread.

Siegfried Hartmann, spokesperson for North Swabia Police Headquarters, likened the trend in cases to a “wave” – with strings of incidents appearing time and time again across the region.

Whether all the cases are down to one or multiple women remains unclear.

Police are also uncertain whether the scammers are operating from Germany or outside the country – or if they even would have posted the videos of their victims online if they hadn't received the cash.

Yet one thing is almost certain, police say: there are numerous more male victims of sexual blackmail across Baden-Württemburg.

However, most men are simply too ashamed to come forward.