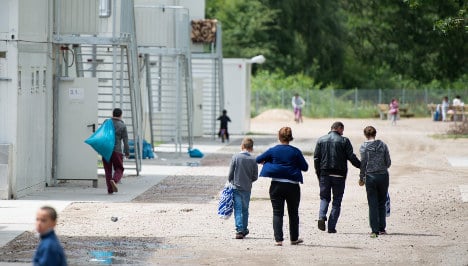 Speaking in Berlin on Monday, Bundespolizei (federal police) chief Dieter Romann said officials have seized over 63,000 people who entered the country illegally so far this year – with around 3,000 cases recorded last weekend alone.

The total for this year so far has already eclipsed last year's sum of 57,000, which had previously been the highest  level since German reunification in 1990.

The increase is in part down to a growing influx of asylum seekers. So far this year around 179,000 refugees have applied for asylum in Germany – more than double the figure for the first half of last year.

The most numerous are those from Syria, Eritrea and Afghanistan, although Balkan states such as Kosovo, Serbia and Albania are also contributing to growing refugee numbers.

As numbers rise, people-smuggling also appears to be on the increase – with around 1,500 smugglers arrested so far this year, compared with a total of around 2,100 last year.

Romann warned that the Austrian border with Bavaria is a particular hotspot, with police headquarters in Munich recording dramatic increases in case numbers.

In the first month of this year, officers there seized 575 illegal entrants into the country.

But the issue is not confined to Munich alone.

“All authorities are suffering the same strains,” Romann said.

Police have been struggling for months to gather fingerprints from all those seized on the Austrian border, according to complaints made by The Trade Union of Police (GdP) last weekend.

They estimate that around 45,000 illegal immigrants have entered Germany without being fingerprinted and photographed since the start of the year.

While unable to confirm this number, Romann acknowledged that this sharp influx of refugees had caused delays in registration – but denied that there had been any compromise on security.

Interior Minister Thomas de Maizière (CDU) has called for widespread action in light of rising refugee figures – not only in accommodating, integrating and caring for asylum seekers, but also in ensuring registration upon entry.

Jörg Radek – the GdP head of the federal police – complained that authorities simply do not have sufficient personnel and equipment to deal with the new and complex problems they face.