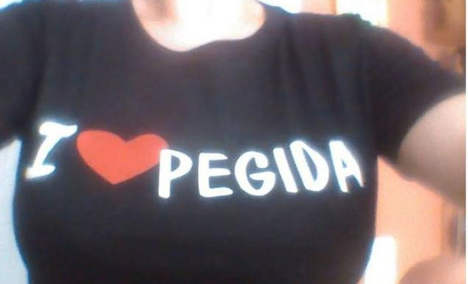 Instead of an order confirmation from the online company Spreadshirt, Kerstin Bergel found a point-blank refusal in her inbox. And Spreadshirt wasn't alone in making such a clear statement against the Pegida movement, reports Express.de.

Hoping for support, Bergel from Bautzen in Saxony posted the refusal email on Facebook, and the reply – from Spreadshirt employee Michaela – spread like wildfire across the internet.

“What PEGIDA represents is in our eyes not an opinion, but rather a series of racist, discriminatory and inhuman pronouncements,” the email read.

“For this reason, we have decided on ethical grounds not to print the name of this ridiculous association. I hope that one day, you realise that you are taking to the streets alongside Nazis.”

The wave of support that followed has been described as a “Candystorm” for the T-shirt company.

However, criticism of the company also emerged. The blog “Kraftfuttermischwerk” pointed out that Spreadshirt also works with controversial companies, claiming they would not have acted in a consistent manner with other motifs.

After the story made it into Bild Zeitung, Bergel defended herself on Facebook, saying “I want to reiterate once again. I am not right-wing.”

Despite Bergel's T-shirt of choice not being available, Spreadshirt's website does offer a variety of other Pegida motifs. But none of them appear to have been to her taste. According to the Facebook post a different company agreed to print her favoured motif.