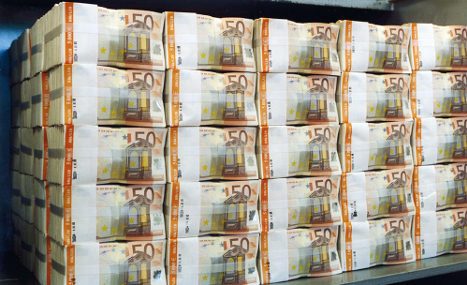 Police revealed that the total amount of cash hidden up the tree in the town in Mecklenburg-Upper Pomerania was €200,000, all in €50 notes, NDR reports.

The money had been bundled up in a plastic bag hung over a branch.

Although the bag had been closed with an elastic band, during the extreme heat that hit Germany last weekend – temperatures were in the high thirties – the band melted and the money started to fall out.

A man, reportedly the owner of the campsite, has now reported to the police claiming that the money is his.

There are rumours that the man had marital problems and that the find could also connected to a fire at a house belonging to the same man which took place on Monday evening, reports NDR.

The finders of the cash are entitled to a three percent share of its total value – a total of €6,000. Or if the owner does not come forward within six months then they could keep the entire sum.

Now that really would be quite the windfall.