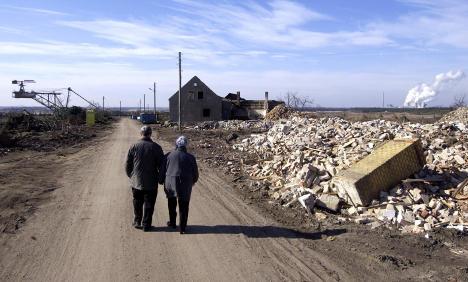 Abandoned and demolished houses in a village in Brandenburg. Photo: DPA

The study carried out by the Bertelsmann Foundation estimates that economically peripheral states in the east of the country are set to be the biggest losers as Germany's overall population drops by half a million over the next 15 years.

Saxony-Anhalt will lose 13.6 percent of its inhabitants while the population of Thuringia, another state in former East Germany, will fall by 9.9 percent, the researchers at the Gütersloh-based think-tank estimate.

Medium-sized towns will be particularly badly hit. Both Bitterfeld in Saxony-Anhalt and Rossleben in Thuringia are set to lose a quarter of their population.

As a result life will become ever harder in these already economically deprived regions.

Local infrastructure, paid for through community taxes, will be harder to maintain. Health care and education will also suffer as ever fewer doctors and teachers move to the regions, the report warns.

“It is going to get ever harder for these shrinking and aging regions to afford good infrastructure,“ said Brigitte Mohn, a board member at Bertelsmann, pointing out that even isolated regions need to offer flexible transport options, fast internet and appropriate levels of medical care.

But the general trend of a falling population is not mirrored across the whole country.

The city-states of Hamburg and Berlin will continue to grow, with Berlin's population increasing by 10.3 percent and Hamburg's by 7.5 percent by 2030, say the researchers.

This assessment is backed up by figures announced by Berlin's senate on Tuesday which show the capital's population growing at twice the expected rate.

The report also claims that by 2030 over half of all Germans will be older than 48.1 years old – an increase in the average age of almost three years in comparison with 2012.

The average inhabitant of Saxony-Anhalt and Brandenburg' in 2030 will be 53 years old. In Mecklenburg-Western Pomerania he will be only slightly younger at 52.6 years old, placing a further strain on the social services of these states.

In Germany as a whole the number of people older than 80 is set to grow by 50 percent to 6.3 million.

Berlin, despite its growing number of young inhabitants, will also have 75 percent more people over the age of 80 living within its boundaries. 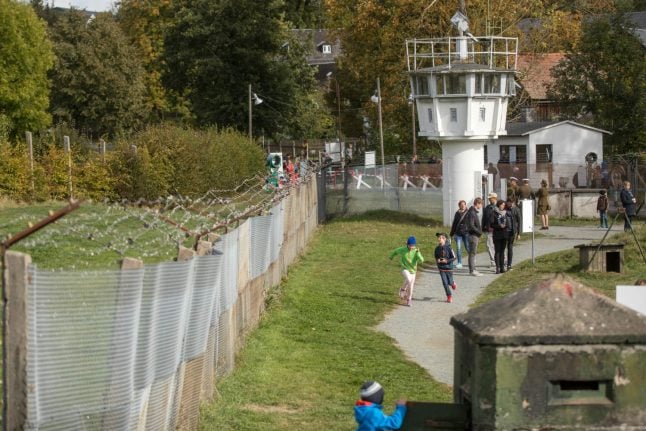