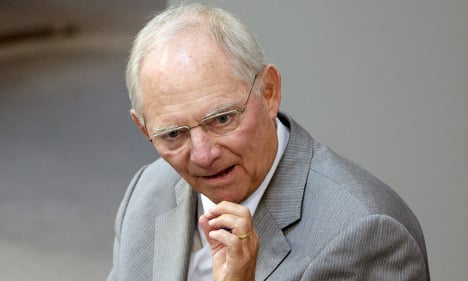 That's an increase of 3.5 percentage points over last week's score.

“The Germans trust the [CDU/CSU] Union,” said Insa chief Hermann Binkert. “Above all, they stand behind Schäuble and bet on his steadfastness.”

Lagging well behind the CDU/CSU alliance were the Social Democratic Party (SPD), Merkel's current junior coalition partner, who lost one point to land on 24 percent approval.

Their loss was matched by far-left Die Linke, who fell to nine points, while the other opposition party, the Greens, gained half a point to hit 10 percent.

With just four percent each, neither eurosceptic, anti-immigration Alternative for Germany (AfD) nor the economically liberal Free Democratic Party (FDP) would have made it into the Bundestag if there had been an election this week.

Insa surveyed 2,189 voters between July 3rd and 6th for the poll.