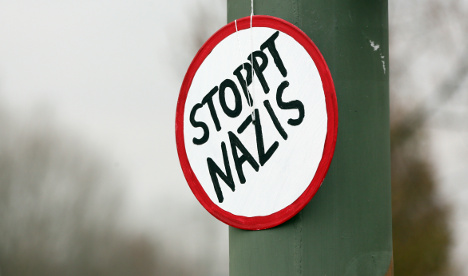 The annual internal security (Verfassungsschutz) report showed a total of 170 attacks on asylum seekers' homes in the first six months of 2015.

Interior Minister Thomas de Maizière pointed out at a Berlin press conference that five more attacks have taken place since the figures were compiled.

In 2014, the total number of attacks was 198 – around three times as many as the previous year.

Most of the attacks took the form of property damage and xenophobic propaganda such as graffiti.

The ministry also emphasized the growing threat to Germany from Islamic extremists inspired by the success of Isis in the Middle East.

“The military successes of Isis and the declaration of the 'caliphate' have led to a new dimension of terrorist threat,” the report read.

Isis' 'transnational' jihad would make territory controlled by the group a significant 'logistical centre' where complex attacks could be based, the authors wrote.

And the enthusiasm with which the 'caliphate' was greeted by some fundamentalists in Europe meant that there was an increasing stream of recruits travelling to the Middle East to support Isis.