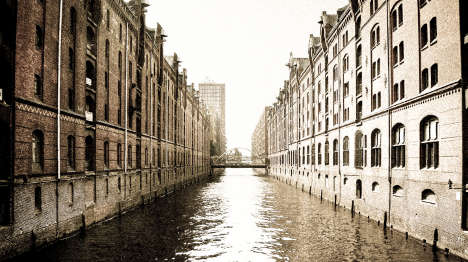 The three German sites, the Speicherstadt in Hamburg, the Naumburg Cathedral in Saxony-Anhalt and Hedeby in Schleswig-Holstein, have the chance to join the Giza pyramids and  the Great Barrier Reef in holding the highest title on offer to a site of cultural importance, reports Bild.

Germany is the only country to have three sites up for nomination this year.

Hamburg's Speicherstadt, the largest warehouse district in the world built during the harbour city's heyday in the 19th Century, is seen as having the best chance of success.

It has already been recommended for approval by the International Council on Monuments and Sites (Icomos). The early Gothic Naumberg Cathedral, which dates back to the early 13th Century and Hedeby, a viking-era settlement just south of the Danish border would make more surprise winners.

Icomos has already advised that they should rework their applications.

The consultations began on Sunday and will last ten days.

The committee, with Germany as chair, will consider the cases of 36 candidates in total and announce its decision on July 8th. The criteria is that a site must demonstrate an “unusual universal value.”

Other nominees include the Fray Bentos Cultural Industrial Landscape in Uruguay, Great Burkhan Khaldun Mountain and its surrounding landscape in Mongolia, and the Forth Road Bridge near Edinburgh in the United Kingdom. There are already 1,007 sites in 161 countries which carry the accolade including 39 in Germany.

If any of the three nominees are chosen they will join the Cologne Cathedral and Museum Island in Berlin in holding the prestigious accolade.