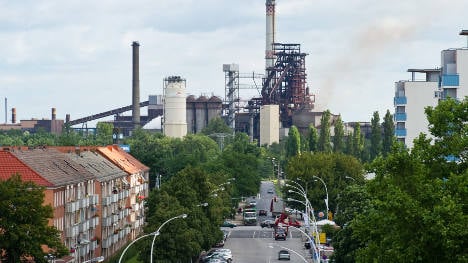 “Big companies and corporate headquarters are largely absent in east Germany. There is not a single DAX blue-chip company in the region including Berlin,” the ministry said in a statement, pointing to a new study by the DIW economic think tank.

The study found that the eastern Germany economy is mostly made up of small companies, with just one out of every five employees working for companies with a workforce of more than 250, compared with one out of every two in the west.

“The catching up process (between east and west) has stalled,” said the ministry's federal commissioner for the new federal states, Iris Gleicke.

“The reasons for this are not just factors such as wage and rent levels, infrastructure, bureaucracy and the availability of commercial land,” she argued.

A major factor was the way state-owned east German combines had been carved up and privatised following unification. The state-run Treuhand agency in charge of privatisation had favoured small and medium-sized companies, she said.

The fragmentation of the east German economy stood in the way of key growth factors, such as supply structures, innovation and exports, the study said.

What the region lacked was “large companies that can establish competitive supply and value-added chains and become the anchors of growth,” it said.

The government hoped to set up a innovation programme to help small and medium-sized companies expand, Gleicke said.