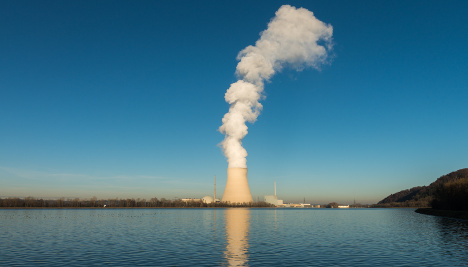 “The reaction of the Bavarian state government is disproportionate,” Hendricks told Die Welt.

“I expect Bavaria to face up to its share of responsibility for solving this problem.”

The battle has focused on 26 containers of German nuclear waste currently being processed in France and Germany.

Between seven and nine of the containers are slated to be stored in Bavaria temporarily at the Isar nuclear power plant.

Others will be shared out among Hesse, Baden-Württemberg and Schleswig-Holstein, with all three other states happy to accept their part in storing the waste.

But Bavarian minister-president Horst Seehofer intervened angrily on Monday, saying that “we will have to have words about this in the [federal government] coalition.”

“We agreed that all questions relating to the Energiewende (energy transition) would be decided together. Why she's now rushing down the home straight is a mystery to me,” Seehofer said.

“We are not asking too much if the state were to participate in temporary storage by taking on nine containers,” Hendricks said.