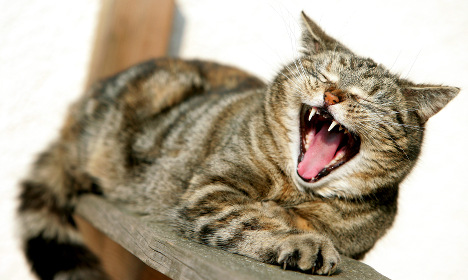 A cat not involved in the incident. Photo: Patrick Pleul /dpa

A police spokesman said that the 26-year-old woman was attacked by her 39-year-old partner’s feline in the western city of Hagen in the early hours of Saturday.

After she tried in vain to discipline the cat, “a fight between the bitten person and the cat's owner ensued in which the 39-year-old was hit and bitten several times,” the spokesman said in a statement.

The injured man tried to ring the police but his partner repeatedly ripped his mobile phone from his hand until the man was able to escape and make the call.

He was taken to hospital for treatment while the woman, who was charged with domestic violence, was slapped with a 10-day restraining order barring her from the flat.