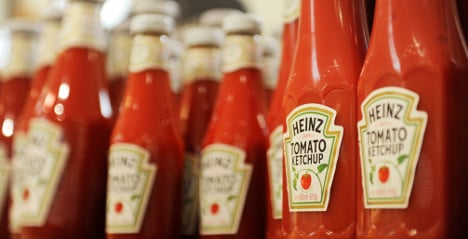 When Daniel K. scanned the QR-code on his Heinz ketchup bottle he was expecting to join in a promotion allowing him to design his own label.

But Heinz's ownership of the website for the contest, which ran between 2012 and 2014, had since expired. The bottle was a leftover which had only been filled with ketchup and sold after the contest was over.

A shocked Daniel promptly turned to Heinz's Facebook page to point out the mixup, writing that “Your ketchup really isn't for under-age people.”

“Even if the bottle was a leftover, it's still in lots of households,” he went on.

“It's incomprehensible that you didn't reserve the domain [web address] for one or two years. It really doesn't cost the Earth.”

Heinz's social media team were instantly apologetic, replying that “we really regret the event very much and we're happy to take your suggestions for how we implement future campaigns on board.”

To say sorry, they offered to let Daniel create his own label and send him a free bottle of ketchup printed with his design.