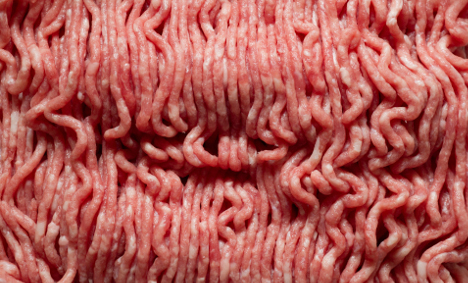 After a neighbour noticed a foul smell emanating from an apartment in Offenbach, the veterinary inspection authorities discovered any sausage lover's worst nightmare when they arrived to check.

Hhalf a ton of raw minced meat lay in tubs on the hallway floor, a sausage stuffing machine in the living room, and a vat of pig's intestines in the kitchen.

None of the meat was refrigerated and so the covert Wurst workshop had to be shut down, reported Hessiche Rundfunk.

The wannabe butcher had no qualifications or license, according to the reports from the authorities. He was intending to sell his premium produce at a festival in Frankfurt this summer.

The man is now being investigated and the sausages have been destroyed, so festival goers across Germany can breathe a sigh of relief.

The police are treating this as a one-off incident, and don’t believe they have uncovered an underground meat mafia in the city.

Frankfurt, which is right next to Offenbach, has a significant heritage when it comes to sausages, as the city gives its name to the famous frankfurter, the bun-filler of choice of the American hot dog.

The original banger from Frankfurt, which dates back to the 13th century, known as the “Frankfurter Würstchen”, is made out of pork only.

But the type that has become famous around the world also contains beef. It is known in Germany as “Wiener Würstchen”(little sausage from Vienna), which is where the American word wiener comes from, because this variation were popularized in the Austrian capital in the 19th century.

Only sausages that are actually made in Frankfurt can be called Frankfurter Würstchen. The lack of beef found in the aspiring butcher's home-made sausage factory means that he could have been attempting to crack the locally protected delicacy.