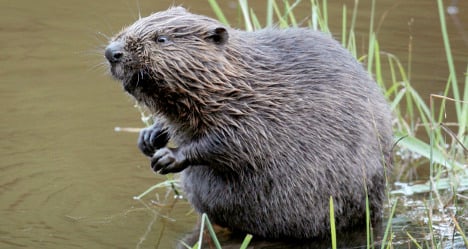 The two attacks happened within a few days of each other on the river Würm. On May 29th a 24-year-old had taken his dogs to the banks of the river when the beaver bit him, reports the Süddeutsche Zeitung (SZ).

A few days later on June 3rd a 26-year-old was swimming in the river when the beaver attacked again.

“Just as I wanted to avoid him, I suddenly felt an intense pain. Shortly after a beaver emerged in the water next to me, swam along beside me and stared directly into my eyes for about five seconds,” the young man told SZ.

The beaver had left a bite three centimetres deep and four centimetres wide in his thigh, meaning he had to go to the nearby hospital to be treated..

But Gerhard Schwab, the beaver manager for the area, told The Local that such instances are not normal for the state's 15,000 strong beaver population.

“When the beaver’s young are slowly coming out of the dam, then there is a chance they will attack because they are trying to defend their offspring.

Beavers’ offspring, which are born in May, will start to leave the dam between four and six weeks later.

“In both these cases the people who were attacked had dogs with them. The dogs can be curious and get too close to the beaver and then the beaver will lash out at the first thing it can. In this case it was unfortunately the man’s leg.”

He advised that when one sees evidence of a beaver in the vicinity, for example trees that have been gnawed through or a dam in the river, one should be careful to keep one’s distance.

“But normally if there is a person in the vicinity the beaver will make itself scarce,” he says.

The case recalls a similar one which took place in Sweden earlier this year when a man was attacked by a beaver while waiting at a bus stop.