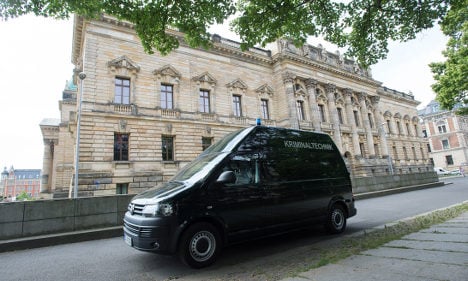 A police vehicle parked outside the Federal Administrative Court in Leipzig on Saturday, the day after it was attacked by rioters. Credit: Peter Endig / dpa

Three police officers were hurt and a man was arrested as a result of the unrest which included protesters erecting a barricade of burning tyres in the city centre, according to a police statement. Three police vehicles suffered major damage and were rendered unusable after being attacked by protesters, police said.

Authorities said they have opened an investigation “in all possible directions” to determine the motivations of the people involved.

“It's not out of the question that this could be a reaction to the heavy security deployed for the G7 summit,” which will be held Sunday and Monday in Elmau in southern Germany, said police.