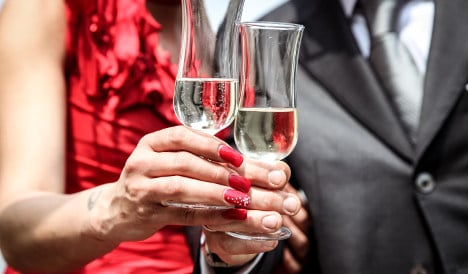 In Germany, you would have to make $95,150 to be part of the richest one percent – after taxes and adjusted for cost of living, according to Serbian-American economist Branko Milanovic.

If this figure does not seems as high as one might expect, that's because it does not include things like property earnings, investments or stocks and bonds, from which many of the top earners gain a sizable portion of their wealth.

Milanovic's figures for 25 different countries reflect income after taxes, which can eat up a large portion of individuals' income. Thus, what the one percent actually make in gross income and from assets may be much higher.

Also, because the numbers were adjusted for costs of living, people would actually have to make much more depending on where they live.

The figures are measured in purchasing power parity dollars, which is a measure that aims to reflect the differences in prices between local goods and services.

The country with the highest average amount was Switzerland with their wealthy elites earning on average $171,832, while Australia came in second at $157,517.

Germany fell well below its counterparts at the 13th highest out of 25.

According to the Washington Post, the variance among countries is in part due to how evenly distributed income is in each place.

“It's important to remember that not all after-tax dollars are created, well, equal,” Washington Post Matt O'Brien wrote. “Would you rather make $151,000 in the U.S., where healthcare costs more and the safety net covers less, or $95,000 in Germany? It's not as obvious as it sounds.

“Sure, you'd have less money to spend in the second case, but you'd also have less you'd need to spend on.”