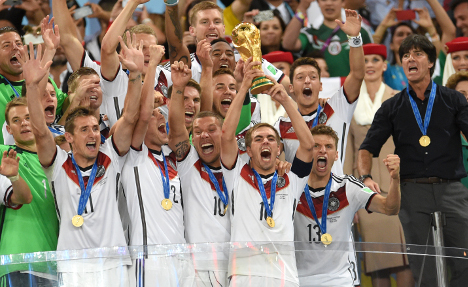 Can you imagine a World Cup without the title holders Germany? More than half of Germans can, according to a YouGov poll.

Unless FIFA makes efforts to fight corruption by reforming itself, 53 percent of Germans would support a boycott by their national team of the 2018 World Cup in Russia.

Back in December this proportion was 40 percent, which shows how trust is seriously waning trust in football's highest authority.

88 percent of the people surveyed said that corruption probably exists in the international organization, and 81 percent are convinced that Sepp Blatter is personally involved.

Last week seven senior FIFA figures were arrested by Swiss police in their Zurich hotel of their presidential election. The election continued as normal and Sepp Blatter was re-elected as president, despite widespread calls for him to step down.

Head of the English FA Greg Dyke called Germany and other major European nations to boycott the next World Cup in protest against Blatter.

Dyke will have the chance to convince his European compatriots at Uefa's annual showcase event in Berlin on Saturday, the Champions League final.

But president of the German Football Federation (DFB) Wolfgang Niersbach remains sceptical and told Welt: “I'm not expecting much, because the facts have been established, but the central thread has not been set out.”

A boycott would achieve nothing, Niersbach said, who despite his criticism of Blatter in the past, joined the executive committee on Saturday and will work hand in hand with Blatter in the future.

Beyond the latest FIFA corruption scandal, the 2018 World Cup in Russia has already been subject of controversy surrounding the bid, racism in Russian football, anti-LGBT discrimination in the country, and the conflict with Ukraine.