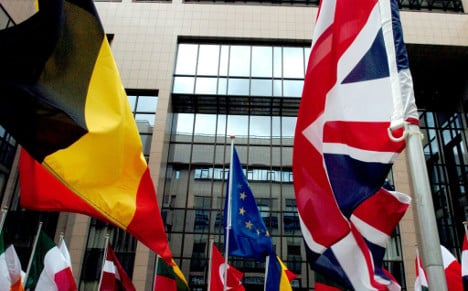 Ahead of David Cameron’s meeting with Chancellor Angela Merkel on Friday in Berlin, Volker Treier, the organisation’s deputy chief executive, said German business was astonished that the British government had chosen to hold an in/out referendum.

Trier warned that many German companies would reevaluate their investments in Britain in case the British public voted to leave the economic union.

He also advised Merkel not to offer Britain concessions, warning that this could lead to other countries also trying to renegotiate the terms of their membership.

Britain and Germany have strong trade and economic links. According to the British Chamber of Commerce in Germany, the UK is Germany’s third largest bilateral trade partner, after the US and the Netherlands.

This relationship is also strengthening significantly. In 2014 total trade between the two countries grew 7 percent in comparison with 2013, reaching €177bn.

Meanwhile 104,000 Brits live in Germany, the third highest number of British expatriates in the EU. There are also 297,000 Germans living in UK – by far the largest German expat population.

Trier warns that many of the Germany companies currently working in the UK are unsettled by the prospect of a referendum.

Speaking for the DIHK, he said “we are really astonished about this referendum.”

Deutsche Bank is one organisation with major operations in the UK that has already announced its intention to re-evaluate its business in the UK due to the threat of a so-called Brexit.

Germany’s biggest lender has been active in UK since 1873 and employs 9,000 in the country, but announced earlier in May that it has set up a working group to look at relocating certain activities to Germany in the event of a “Brexit”.