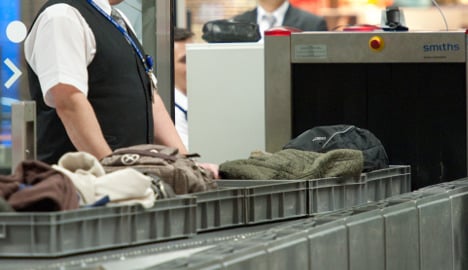 The Commission said in a statement that Germany had failed to meet EU regulations on the frequency and “scope of controls” of inspections on airport security measures.

Commission sources told The Local that the referral to the Court of Justice in no way meant that Germany's security measures themselves were not up to par, but rather that authorities had not adequately checked up on the effectiveness of the security systems.

The sources also told The Local that the Commission could not comment further on how exactly the country had not met standards, nor which airports were inadequate, due to security concerns.

Monitoring security measures under EU law entails audits, inspections and tests of systems to ensure they are working.

“Security measures are in place to help prevent criminal acts and in particular are expected to protect airports and planes against terrorist attacks with arms or explosives,” the Commission said in the statement, adding that proper monitoring of security checks are “necessary to quickly detect and correct potential failures in the implementation of security measures, and to make sure that airports, airlines and other entities are in line with common EU standards.”

The Commission had also told Germany various times that it must ensure compliance with EU regulations.

“Germany did not take the necessary steps and is therefore unable to ensure that potential security shortcomings are swiftly detected and corrected at all German airports.”

Interior Ministry spokesperson Lisa Häger told The Local that the inquiry stemmed from an investigation in 2012 where Germany was “accused of negligence in the performance of quality control measures of certain EU-wide basic standards on aviation security”.

Häger said that in this case, Germany had taken measures to “remedy the situation immediately”.

“On what legal basis the Commission is now taking action, it is still difficult to say due to lack of knowledge of the charge details.”

The Court of Justice must now decide whether to agree with the Commission's assessment. Commission sources told The Local that they expected Germany would “take corrective measures” before then.

A spokesperson for the Commission told reporters that the investigation was not related to the Germanwings flight, which French prosecutors allege was deliberately crashed by its co-pilot.