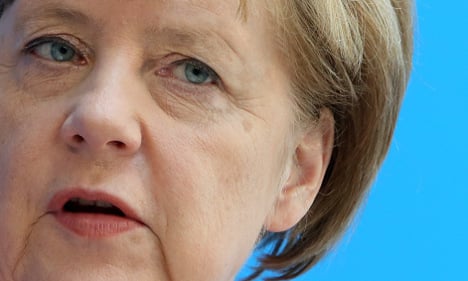 Clinton, who in April announced her second run for the White House, was listed at number six last year but as US secretary of state she also ranked number two to Merkel in 2011 and 2012.

“Come next year's US elections, she (Merkel) could lose her title for the first time since 2010 to the one person with a credible and mathematical chance of 'leading' the world,” wrote Forbes.

Even if Clinton wins the Democratic nomination for the White House, she has no chance of being elected US president until November 2016 — after Forbes publishes its 2016 most-powerful women list.

Forbes has put the German chancellor on the list ten times in the past 12 years, nine of them as most powerful woman. Merkel was first elected in 2005 and won a historic third term in 2013.

Behind them came Melinda Gates, who co-chairs the Bill and Melinda Gates Foundation with her billionaire philanthropist husband, US federal Reserve Chair Janet Yellen and General Motors CEO Mary Barra.

The top ten were rounded out by Facebook COO Sheryl Sandberg (No. 8), Susan Wojcicki, CEO of YouTube (No. 9) and US First Lady Michelle Obama.

Newcomers include US pop star Taylor Swift, in at number 64 and the youngest of the bunch at 25.

Geographically speaking, the United States dominates the list. Fifty-nine on the list are American, including several immigrants.

There are 18 from the Asia-Pacific region, headed by South Korean President Park Geun-Hye at number 11, 12 from Europe, four each from Latin America and the Middle East and three Africans, Forbes said.

The magazine said the list features eight heads of state and one monarch, who govern nations with a combined GDP of $9.1 trillion and 15 billionaires with a total net worth of more than $73.3 billion.

The top ranking billionaire this year is Oprah Winfrey at number 12 with a personal net worth of $3 billion.

In another measure of influence, the 100 women on the 2014 list have a combined social media footprint that includes 474 million Twitter and YouTube followers, the magazine said.