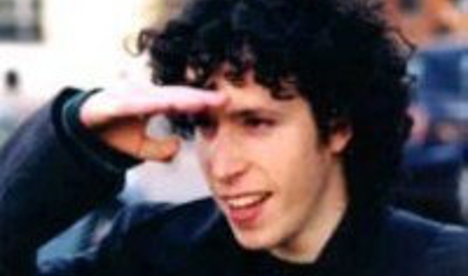 Jeremiah Duggan was 22 when he died after being hit by two cars early on a March morning in 2003.

He had been at a youth event organized by the far-right LaRouche political group in the days before.

“The fact that he attended a conference run by this far-right wing organization and the method that the organization used to recruit young persons at the time… may have had a bearing on Mr Duggan’s death,” coroner Andrew Walker at Barnet Coroner’s Court found.

While Duggan had “received fatal injuries” in a traffic accident, he may have been “at risk from members of the organization” and had “a number of unexplained injuries that suggest he may have been involved in an altercation” before he died, Walker said.

Duggan’s family have not yet decided whether they will use the coroner’s verdict to put renewed pressure on investigators in Germany.

In 2012, the family successfully petitioned the upper state court in Frankfurt to issue a rare investigation order to the Wiesbaden state prosecutors, forcing them to re-open their inquiry.

It was the latest in a series of complaints and court proceedings the family had launched in Britain and Germany to try and get the German authorities to look at the case again.

Police initially found that Duggan had killed himself by throwing himself into traffic, but his friends and family refused to accept that.

They write on their campaign website that Duggan was in a “state of terror” shortly before his death. He had made two phone calls to his mother on the morning of March 23rd, telling her he was “in terrible trouble” and needed to see her.

The second call was cut off just 40 minutes before he was found dead.

Testimony gathered by the family from people present at the LaRouche meetings in the group’s Wiesbaden facility claimed that Duggan had drawn anger after revealing himself to be Jewish.

He had joined the group in the mistaken belief that it was a left-wing movement opposed to the Iraq War.

But when discussion turned to the idea that Jews were somehow responsible for the September 11th, 2001 attacks in the USA, he stood up and identified himself.

But for the suicide theory to be correct, Duggan would have had to travel five kilometres from a flat belonging to two LaRouche members to the B 455 road where his body was found.

Police believed testimony from LaRouche members that Jeremiah had spent the night in the central Wiesbaden flat, but the road where he died was just a few hundred metres from the LaRouche-controlled “Schiller Institute” facility where he had spent the day.

The Frankfurt judges found that the investigators had “conducted initial inquiries, but based their view on a basis of facts that weren’t objectively correct, thereby discounting another potential criminally relevant act and neglecting the necessary investigation.”

Duggan had “objectively not been in a position to cover the five kilometres in the time between the call with his mother and the time of his death,” they said.

Prosecutors were ordered to “urgently reopen the investigation and work on it with special vigour.”

But the Westdeutsche Allgemeine Zeitung reported on May 19th that there had been little follow-up to the court order, with the prosecutors failing to contact vital witnesses in France who were with Jeremiah in his final hours.

The new inquiry ordered in 2012 was assigned to the officer who had originally investigated the case in 2003.

The latest British inquest heard from forensic experts, a French former MP with deep knowledge of the LaRouche cult, and the drivers of the two cars that hit Jeremiah.

The evidence was enough to convince the coroner that something didn’t add up in the original investigation – but there simply wasn’t enough information to draw any further conclusions.

Duggan’s mother Erica said that she was “not sure I will [follow up the verdict] through the justice system,” the BBC reported. “I would like to think very hard about whether or not the kind of investigations that have gone on in Germany and also in Britain have led me to find out how my son really died,” she said.

A friend of Duggan’s, who asked not to be named but runs the Justice for Jeremiah Twitter and Facebook accounts, told The Local on Friday that “the fact the group has been implicated by the wording of the verdict is a positive step.”

“In an ideal world, the coroner would have ruled a much stronger verdict, which would have put a lot more pressure on the authorities to investigate further.”

But she added that the family and friends “have worked tirelessly for 12 years” and would need time to take stock.

“Erica had really hoped that she’d get the verdict she needed, so she could put the whole thing to bed and move on.

“Everybody in that courtroom, including the coroner, was aware that there was something a lot more sinister that happened to him.”

She had tough words for Germany, saying that Wiesbaden authorities “have let us down. I feel quite shocked at the lack of response.

“One question I’ve been asking myself recently is, what would have happened if the situation were reversed and it happened in the UK?

“I’d like to think that the British authorities would not only have investigated, but acted with a bit more compassion towards the family.”

“I don’t doubt that it was within the German authorities’ ability to do both.”