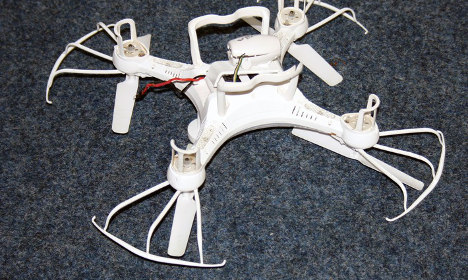 It sounds like a scene from a misconstrued Hollywood attempt to update Hitchcock's birds for the 21st Century.

But a man driving along the motorway in North Rhine-Westphalia on Sunday got the fright of his life when a 40cm wide drone smashed into his windscreen.

The 47-year-old was driving to Dortmund late on Sunday evening when the drone attack took place. After the collision the man immediately stopped his car and found the little white machine lying broken on the asphalt behind him.

Police said that they were carrying out intensive investigations to find out who was behind the attack.

Westdeutsche Allgemeine Zeitung reports that such incidents could become more common in the future.

In 2014 in Münster 220 applications to fly drones were granted, up from 50 in the 2013. But applications are only needed for commercial use.

Nonetheless, WAZ notes, it is already forbidden to fly drones across the Autobahn. Which is all very well – until the drones start thinking for themselves…