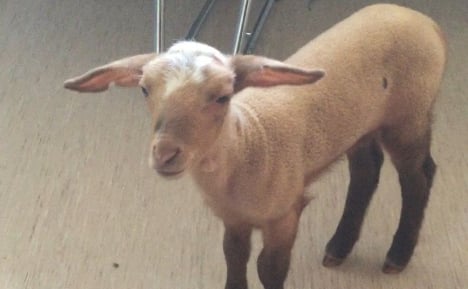 The marijuana was found in a cupboard, the narcotics were amongst the prostitute's personal possessions. But where exactly the lamb was is not totally clear.

After the raid on Monday the woman was taken into custody. The little lamb – called Birke – was brought along too and fed witth a bottle by the police after they heard its stomach rumbling.

Police said he soon felt at home in the police station, but was handed over to the animal protection agency later in the day.

The woman gave the police papers from the state veterinary agency in North Rhine Westphalia which showed she already had a record of keeping animals in inappropriate conditions.

She was handed an immediate ban against possessing animals.