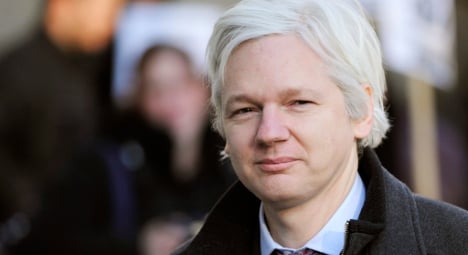 “The purpose of this inquiry is to discover who is responsible for the injury of a great many people's rights” through mass surveillance by the NSA, sometimes in co-operation with the German Bundesnachrichtendiesnt (BND) foreign intelligence service, Wikileaks publisher Julian Assange said in a statement on Tuesday.

“The public has a right to understand the inquiry's work. It is only through effective public oversight that this inquiry's stated objectives of transparency and justice will be met.”

But inquiry chairman Patrick Sensburg told Spiegel Online that “this publication is in no way helpful for shedding light on this case.”

He argued that the witnesses called before the committee should be able to testify independently and without inhibitions.

“We also have to ensure that a witness can't draw on the statements of another witness indirectly,” he added.

Digital rights campaigner and journalist Markus Beckedahl, of Berlin-based Netzpolitik, told The Local that the minutes wouldn't add much to the publicly available information on the inquiry – or be any extra help to future witnesses hoping to align their story with others.

“I've never understood why the minutes of the open sessions aren't published. We offer an almost live transcript, which is totally allowed,” he said.

“We were a bit surprised that [Wikileaks] were making such a big deal of it.”

The minutes include details of hearings up to February 2015, including with high-ranking members of the BND and other government agencies, Deutsche Telekom and the NSA.

Representatives of the government present in the room step in to stop witnesses if they are about to touch on classified information which can't be discussed in a public session.

Only minutes of hearings with the lowest clearance level are made available to MPs and their assistants in digital form, with the more classified records only distributed on paper.

Regular observers of the inquiry are unlikely to discover much that's new, but the Wikileaks move could mean that government representatives disclose even less in future hearings, sources close to the inquiry told dpa.