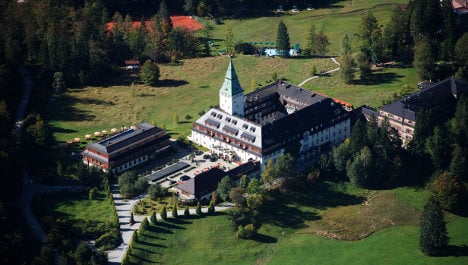 The Mittelbayerische Zeitung (MZ) reported on Monday that the letter, written on the company letterhead of the self-employed carpenter from Neutraubling, was stamped at the Nuremberg post office on May 10th.

But the supposed sender had died weeks before after crashing his car into a tree the night before Easter.

“Nevertheless, I'm now writing posthumously to finish the work that was begun,” the letter to the newspaper and “several people” reads.

“Since in my opinion a few things are going awry in this country, the thought occurred to me that something should be done.”

Police and security services have been alerted to the contents of the letter, which claims that the carpenter had planned to attack the G7 leaders with poison gas.

The authorities have known about the plans since the man's death, the MZ reported, and have carried out extensive investigations into the threat.

“We have arrived at the conclusion that there was never any danger,” G7 planning staff spokesman Hans-Peter Kammerer told the MZ on Monday.

Investigators believe that the man was mentally ill when he sent the letter.

While he had been hired to work in Elmau, authorities believe that his claim to have acquired samples of a chemical weapon during a trip to Canada stemmed from his illness.

He claimed to be in possession of “white powder in 16 viles, whose poisonousness was impressively demonstrated to me” in the letter – and to have concealed them in the stairways at Elmau castle.

But security personnel have now checked all the floors laid by the carpenter and found nothing, Kammerer said.

In his letter, the man also called on the world leaders to drop negotiations on the Transatlantic Trade and Investment Partnership (TTIP) and “let the people decide”.