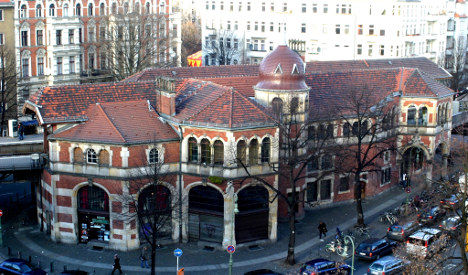 The incident happened on Saturday morning at the Schlesisches Tor metro station in Kreuzberg.

The 23-year-old tourist was attacked with pepper spray by three unknown attackers before being kicked in the head. One of the attackers also pushed him to the ground with a billboard, Italian daily La Repubblica reported.

The men fled when a passer-by intervened to stop them.

The Italian was taken to hospital suffering a hairline fracture to his skull and neck. A police spokesman said that the man’s life was not at risk.

The motive for the attack is not yet known but police are ruling out racism. Police believe that alcohol could have fueled the incident.

“They struggled on all night and were perhaps coming back home drunk from a party. It happens on the weekend in Berlin,” a police spokesperson was quoted as saying.

This isn’t the first attack of this nature to occur in a Berlin metro station.

In a previous attack, a 25-year-old was seriously injured at Klosterstrasse metro station after strangers hit, kicked and stabbed him before throwing him onto the train tracks.

The latest attack was just one of several reported over the weekend in Germany.

In Hamburg a 22-year-old man was killed by a sharp object after trying to defend a girl who was arguing with her 20-year-old boyfriend. He died at the scene.

And in Berlin a man assaulted two men aged 25 and 42 with a knife on a bus before fleeing at the Nikolaiviertel bus stop in the city centre. The two were taken to hospital.