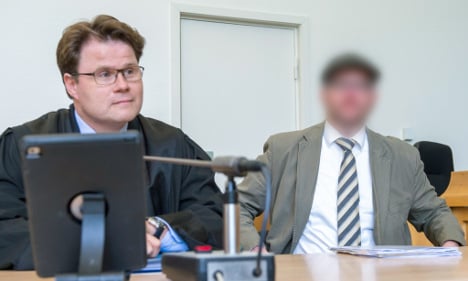 The accused faces a possible ten years in jail. Photo:DPA

The man told the court that his desire to protect his family had psuhed him to commit the act, reports NDR.

“I admit to it and I'm ashamed of what I did. I can't understand why I did it,” said the man, whose house is next to the refugee home.

Six Iraqi refugees were expected at the home, and the local state finance office worker wanted to hold them up.

The refugees were supposed to move into the neighbourhood in Escheburg on the outskirts of Hamburg on the following day.

The man is accused of entering the building through a broken window on February 9th, pouring a flammable liquid around the house and setting it alight.

After the attack the house was uninhabitable.

In the meantime the damage has been repaired and a refugee family with five children now lives there.

State prosecutors are alleging that the man acted alone, although in the hours before the incident 15 residents of the neighbourhood, including the accused, stormed into the office of the local administrator and voiced their anger at the planned refugee home.

The man faces a maximum sentence of ten years in jail.