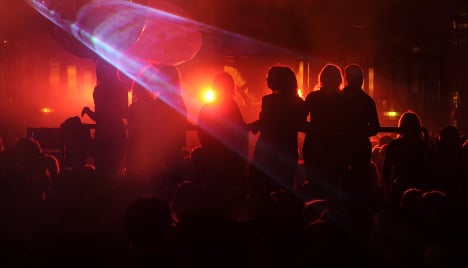 “You have to understand, until now there was no aggression” in the Amadeus nightclub in Ingolstadt, owner Martin T. told the Süddeutsche Zeitung (SZ).

Women have been insulted and other guests have been pestered for drinks and had their jackets stolen, Martin said – adding that the problems began when a new group arrived in the town's accommodation centre last December.

The club isn't just somewhere to have fun, the owner claims, but a place for asylum seekers to hunt for a German partner.

“They don't have a lot of chance of remaining here,” Martin said. “They want to find a woman and marry her.”

Martin is aware that the ban “isn't great” – acknowledging that “some of them were really OK” – but said that he didn't know what else to do.

“It's scandalous that he's shutting out a whole section of the population like this,” Bavarian Refugee Council spokesman Matthias Weinzierl told the SZ.

“You can't recognize (asylum seekers] by their clothes, you can only recognize them by the colour of their skin, and that's simple racism.”

Hamado Dipama, a member of the Munich Foreigners' Advisory Board, told SZ that the decision was “unacceptable”.

“We are checking what we can do about this in the courts,” he said.

But someone affected by the alleged discrimination would have to make the complaint themselves, since one organization can't accuse another of the crime.

Ingolstadt city spokesman Gerd Treffer agreed that the club's decision was “illegal”, but said the city couldn't do anything until someone complained.

Bavaria – the state in which many refugees first arrive in Germany and which takes in a particularly large proportion of Germany's refugee populations – has faced continual accusations of racism over recent years.

Dipama said that he was turned away from 20 out of 25 Munich nightclubs that he tested two years ago because of the colour of his skin.