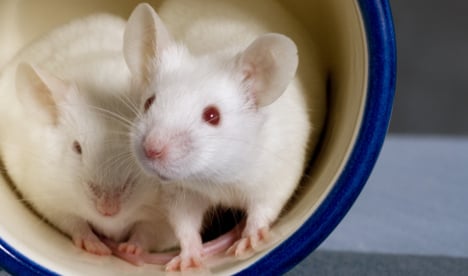 It's not the time of day when you normally expect to be given a bit of grief by a random drunk on the street. Nor do you expect it to happen in quite this manner.

But at 9.40 am on Thursday police were alerted by a woman who had been walking through Munich's Viktualienmarkt when a drunk man attacked her and other passersby by throwing a live white mouse.

When the police arrived at the scene the man had a Weißbier (wheat bier) in one hand and was seriously intoxicated.

The police officers took the white mouse from the man and left the scene.

But two hours later they were alerted again, as another upset caller complained that a man was throwing a white mouse at pedestrians.

Officers then had to confiscate the second mouse from the man.

Both mice survived the bizarre assault in good health.

The motives behind the 37-year-old man's attacks are unclear. But he can expect to face a charge of cruelty to animals.