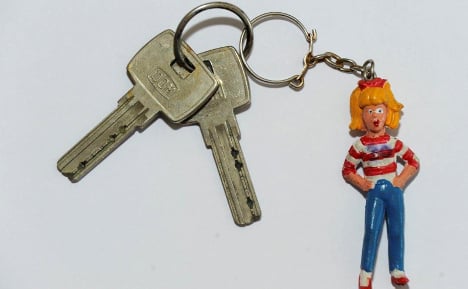 A set of keys found at the scene of the crime. Photo:DPA

The police made the appeal on broadcaster Mitteldeutsche Runfunk's 'Kripo [criminal police] Live', a television programme presenting unsolved police enquiries, which is shown every Sunday evening.

The calls that the police received mainly centred on a pair of keys found at the scene of the attack.

As well as the keys, the police also presented a black glove and the canister which contained the petrol used in the attack.

Arsonists struck the block of flats, which was being renovated as a refugee home, during the night of April 4th in the small town of Tröglitz in Sachsen-Anhalt.

In March the town mayor stepped down from his position after the NPD demonstrated outside his house over plans to house refugees in the town.