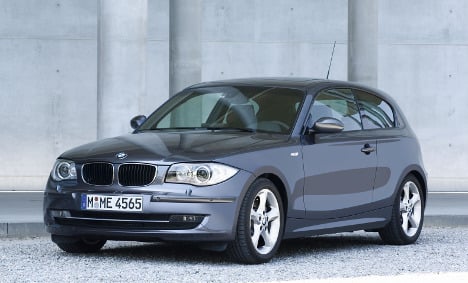 BMW are the most attractive employer for business and engineering graduates. Photo: DPA

BMW came top of the survey, carried out by the Trendence Institute, with 13.1 percent of business graduates and 18.6 percent of engineering graduates saying they wanted to apply to the Bavarian car manufacturer.

All of the top five places were taken by the car industry, with AUDI, Porsche, Volkswagen and Mercedes/Daimler filling out the top five.

80,000 graduates were interviewed for the survey which includes the names of 120 companies picked by students as especially attractive places to work.  Students then named the three companies where they nost wanted to apply for a job.

Lufthansa was the most attractive company to work for outside the auto giants, coming in in 6th place.

A spokesperson for the Trendence Institute told The Local that the auto industry stands out for young graduates because of the considerable opportunity it offers to work in product development.

The car manufacturers are also very active on campuses, making a concerted effort to connect with the next generation of talent.

The survey notes a particular improvement in the attractiveness of Daimler/Mercedes Benz as a potential employer, which made it into the top five for the first time.

Oliver Wihofski, a spokesperson for their human resources department, told The Local that this success had many factors behind it.

“We offer the complete package,” he said. “We are economically successful, we are a strong brand that is known throughout the world, and we do a lot on campuses to engage with students.”

Specifically, he said the company's record financial year, with more cars sold than ever before, had a strong impact in improving the company's image among young applicants.

But they have also made an effort to engage in new ways, such as by talking to students through WhatsApp to give them an “authentic view” inside the company.

The project, which the company claim is one of the first of its kind, allowed one hundred potential applicants to follow a graduate through her day in her training programme, using the messaging service to pose questions to her along the way.

The company's image has also changed over the past year, said Wihofski.

“Although 20 years ago we were known for making luxury cars, we now make cars that are directed towards a younger target audience.”

The company has also developed strategies to deal with the idiosyncrasies of Generation Y, including offering part time hours, providing day care in the office and the opportunity to work from home.

Then there is the opportunity to work globally.

“Trainees at Mercedes-Daimler have at least one overseas placement they have to perform,” Wihofski explained.

“There's a wide global spectrum of operations and development opportunities, that few other German companies can rival.”

Joschen Frey, spokesperson for BMW pointed out to The Local that the Bavarian company's position at the top of the charts was just one in a series of recognitions of the company's attraction to graduates that have come out recently.

Even in the USA, Forbes has recognised BMW as the most attractive car manufacturer to work for and the seventh most desired of all companies.

He sums up the success in three words.

BMW was the first car company to develop an electric car, he says. It is this reputation for being at the forefront of innovation which is particulalry attractive to young graduates.

Meanwhile the headquarters' base in Munich, the wealthiest and arguably most beautiful city in Germany is also a big advantage, he says.

The only minor slippage among the car giants was Volkswagen, which lost a place in the rankings.

According to Holger Koch, head of Tendence Institute, the chaos at the top of the company and the need to tighten the company belt have harmed its image.

"The announcement of a massive savings programme through the company leadership has harmed their reputation," he said.

Nonetheless, the car companies are leaving the chasing pack behind. And it's up to the giants of the other economic sectors such as Adidas and Aldi to make up ground.

Holger's advice is to pay more attention to putting their work culture across.

"Companies are passing up significant chances to win the affection of graduates when they don't convincingly convey their culture. they need to pay more attention to which type of graduates fit to their company ethos."

The survey also assess what graduates expect from an employer and shows interesting developments in salary expectations.

Since 2009 the number of hours per week business school graduates expect to work has dropped year-on-year from 47 to 43.5. Meanwhile the annual salary they expect to achieve has risen steadily from €42,200 to €43,900.

The survey also shows female graduates expect to do less work per week than men, and also expect a lower salary.

Male business school graduates meanwhile expect to earn on average €47,500 for their labour, while females only expect €40,700.

Both engineering and business graduate cited engaging work projects and personal development as the two most important elements of a future career. 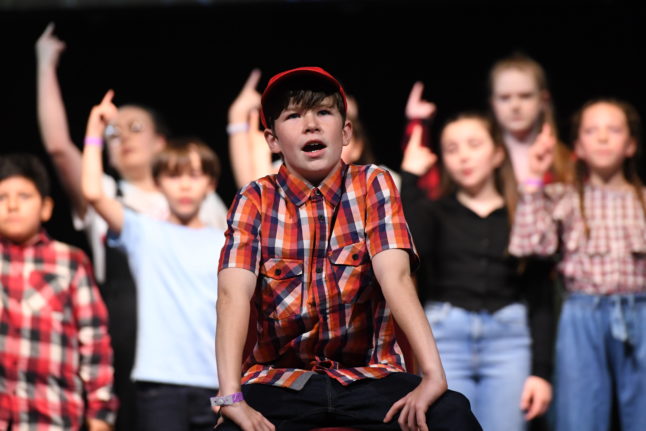