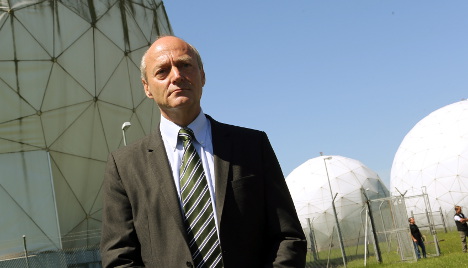 “Of course we will give them access, because we have a common interest in unveiling the facts,” MP Patrick Sensburg, president of the parliamentary inquiry into spying by the US National Security Agency (NSA), told ARD television on Friday.

Media reports on Thursday revealed that the Bundesnachrichtendienst (BND), Germany's foreign intelligence service, had helped the NSA spy on tens of thousands of people, including French government officials and European arms manufacturers.

Sensburg said that federal prosecutors are investigating, although their office in Karlsruhe denied that they planned to launch a court case.

A spokeswoman said that the federal prosecutor's office had launched a “verification procedure,” which would include the information from the inquiry committee in its investigation.

But she added that federal prosecutors had already been gathering information on the BND and the investigation had not been launched because of the latest allegations.

Government spokesman Steffen Seibert said that there had been “technical and organizational failures” at the BND.

“The Chancellery has instructed the BND to correct these immediately,” he said.

Sensburg said that the inquiry committee would hear witnesses from the department of the BND responsible for the surveillance.

“I think we will shed some light onto this set of issues,” he said, adding that the MPs would try to find out whether information about the illicit targeting was passed up the chain of command at the spy agency or not.

He said that it was astonishing that “no-one drew a line and said: this isn't OK”.

Linke (Left party) leader Gregor Gysi accused the Chancellery of a massive failure in its responsibility of oversight.

“The Chancellery is the supervising body. Either they didn't know, and their supervision was useless, or they knew, and they involved themselves in illegal actions,” Gysi told Deutschlandfunk radio on Friday.