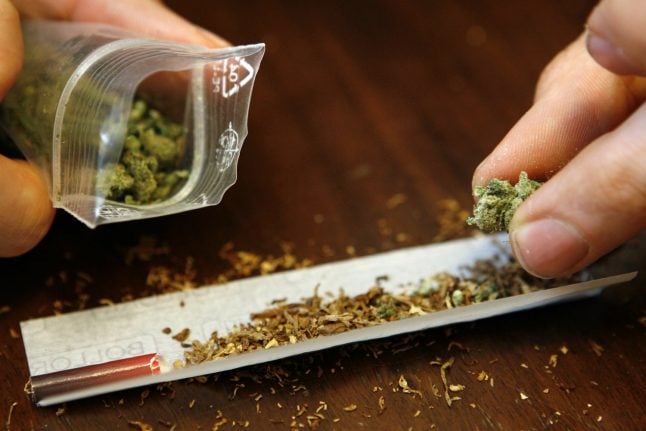 A man rolls a joint with marijuana in Würzburg, Bavaria. Photo: DPA

The debate about legalizing cannabis continues in Germany – the Bundestag (German parliament) in January 2017 passed a law to officially legalize medical marijuana.

But that doesn't make things any more lax for recreational smokers. What else is there to know about the mystical herb in Germany?

As of the 2017 law, medical marijuana can be prescribed for seriously ill patients, such as those suffering from multiple sclerosis, chronic pain, serious appetite loss or nausea from chemotherapy.

Still, the law didn't give an exact definition of what 'seriously ill' means. It does state that doctors can write such prescriptions when they see a “not so remote chance” of it resulting in a positive effect. Patients should also anonymously submit data about their therapy for further research.

Before this law, only a select few could apply to be granted permission to consume the drug if they had serious medical conditions. Only around 1,000 people had been given this permission when the law was passed, and they had to take on the costs themselves.
MUST READ: Five dark drug secrets from oh-so-proper Germany 2. How is medical marijuana produced?

The 2017 law put the Federal Institute for Drugs and Medical Devices (BfArM) in charge of creating a 'cannabis agency' to regulate the cultivation, manufacture and sale at pharmacies of medical cannabis. As this is still a work in progress, imported products are to be used.

Pharmacies can sell it in the dried bud form, as an extract, or as an oil from the plant.

3. A year on, has the law helped patients?

In November The Local took a close up look at the law and the effects it had. We found that the drug had gotten off to a slow start in Germany as doctors were still reluctant to prescribe it to patients. Meanwhile insurance companies also often turn down the request for them to pay for the drug, claiming the case isn’t “serious.”

With a shortage existing in the supply of the drug through legal means many patients are still turning to the black market.

SEE ALSO: What you need to know about illegal drugs in Germany

4. When will it be legalized fully?

So far there is no federal proposal to fully legalize marijuana that looks to gain enough approval across all parties to pass. But the capital of western state North Rhine-Westphalia – Düsseldorf – is planning a pilot project to sell recreational cannabis to adults, and said it hoped to get permission to launch this in the summer of 2017.

When Green party members in 2015 presented legislation to allow adults to consume cannabis under strict conditions, they estimated a tax of €6-7 per gram of cannabis could bring in €1-2 billion per year to state coffers, based on average street prices of €10-12 per gram.

A poll by infratest dimap in 2014 on behalf of the German Hemp Association (DHV) showed that only 30 percent of people believed cannabis should be made completely legal, although 80 percent were in favour of legalizing cannabis as a medicine.

Complete legalization has surprisingly been backed by the Association of German Criminal Officers (BDK).

“The prohibition of cannabis has historically been seen as arbitrary and has not yet been implemented in an intelligent and effective manner,” the head of BDK, André Schulz, told Bild newspaper in February.

“My prediction is cannabis will not be banned for long in Germany.‎”

The BDK therefore advocates a “complete decriminalization of cannabis use,” Schulz said, adding that the current legal system is stigmatizing people and promoting criminal careers. The Hanfparade for cannabis legalisation in Berlin. Photo: DPA.

5. How much can you possess for recreational use?

The amount that an individual can possess without generally being prosecuted varies across the 16 states.

In capital city Berlin, the rules are much more liberal, with the possession limit being 15 grams in most cases. In many other states, the limit is between 3-5 grams.

6. How widespread is marijuana use?

A Eurostat study for 2015 showed that more German young men smoke weed than young women with roughly 18 percent of men aged between 15 and 24 reporting using cannabis in 2012, compared to a little more than 10 percent of women in that age group.

According to the 2011 World Drug Report, just 4.8 percent of people aged between 18 and 64 reported using marijuana at least once that year.

7. What about German stoner culture?

Before there was ever Harold and Kumar there was Stefan and Kai, the stars of the hilarious 2001 German stoner flick Lammbock about two friends who own a gourmet pizza delivery service as a front for selling marijuana.

The film has an audience score of 81 percent on Rotten Tomatoes and made a little over half a million at the German box office in its opening weekend, according to the Internet Movie Database (IMDb).

There's also a sequel – Lommbock – which was released in Germany in March 2017. 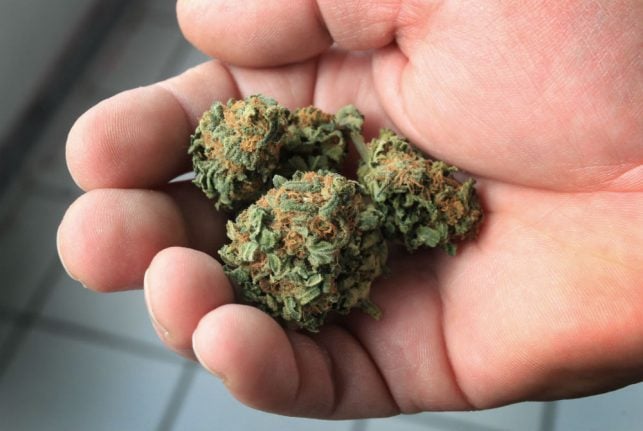