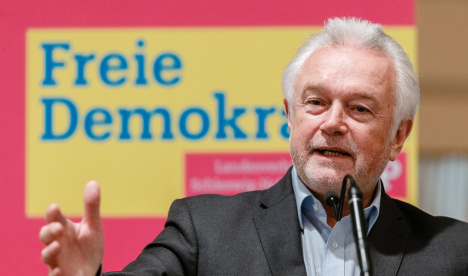 "This is the worst type of breach of the constitution,” Kubicki told the Oldenburger Nordwest-Zeitung. "The plan is a lazy compromise which in reality brings no benefit. It is only designed to ensure peace wihtin the coalition government."

On Wednesday Justice Minister Heiko Maas announced new proposals allowing for phone data to be saved for up to ten weeks.

The proposals, which are to be laid out in a draft law, will allow for telephone companies to retain information on the IP-addresses of customers as well as the location of calls made by mobile telephone.

"Maas himself knows that his concept is unconstitutional,” said Kubicki, announcing that he will start a court process to stop data retention becoming law.

Criticism of the proposed law also came from Die Linke (the Left Party).

Deputy leader Jan Korte said it contravened the basic rights of German citizens since it put everyone under general suspicion, reports Focus.