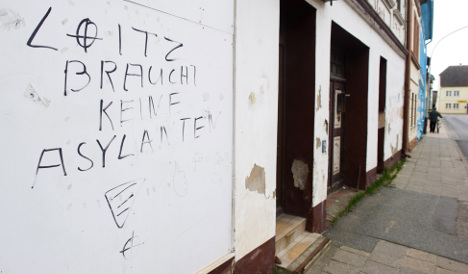 De Maizière made the comments after a meeting with Christian Democrat (CDU) policy experts in Bremen where calls were made for a speeding up of the asylum application process.

“An acceleration of the procedures is useless if people are allowed to stay despite their applications being rejected,” said de Maizière. “That doesn't fulfil judicial requirements, nor ordinary people's expectations.”

Government spokesman Steffen Seibert also announced on Friday that a summit will be held on May 8th between senior members of the government, including Chancellor Angela Merkel and vice-Chancellor Sigmar Gabriel, and several state leaders to try and find a resolution to the problem.

Politicians at the state level are angry about the lack of support they are receiving from the government in coping with the ever increasing numbers of refugees turning up in the country.

Several prominent state politicians called for a meeting, accusing the federal government of dragging its feet on coming up with the required money to deal with escalating shortage in housing.

Germany is currently the number one destination for people seeking asylum in Europe.

The Ministry for Migration and Refugees (BAMF) currently estimates that it will receive 300,000 applications in 2015.

The issue has been at the forefront of German media attention, as several striking headlines have appeared.

In March state authorities in Thuringia announced they were so short on available housing they were considering moving refugees into politicians' accommodation.

Meanwhile, an arson attack on an as yet unfinished refugee home earlier in April caused an outcry and served to highlight the tensions which are being stirred by the refugee influx.