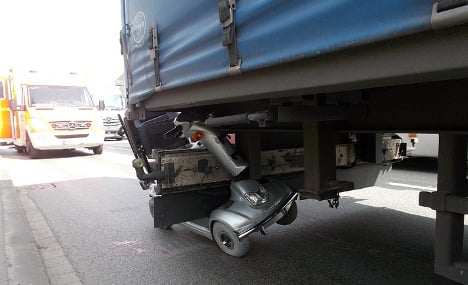 The man, identified only as Robert L., was on his way to a doctor's appointment in Bad Oeynhausen in North Rhine-Westphalia, and as usual was travelling in the electric scooter he had used since having a stroke seven years ago.

He had stored all his documents for the doctor in the machine's basket. But a blast of wind blew them out and onto the street.

When Robert bent down to pick them up he mistakenly pushed the drive button on the scooter, sending his machine carriering under the wheels of a stationary lorry where it got stuck, with Robert still inside.

“I didn't feel any pain. I only thought: Everyone's honking their horns, so the driver will surely notice,” the man told Bild from his hospital bed.

Unfortunately the driver didn't notice and drove off.

But the pensioner was in luck. The traffic was busy and a driver who saw the accident was able to overtake the lorry and bring it to a halt.

Robert is now recovering in hospital with injuries to his hands, arms and left calf.

“My doctor told me I could've just as easily been dead. I've obviously got a guardian angel,” he said. 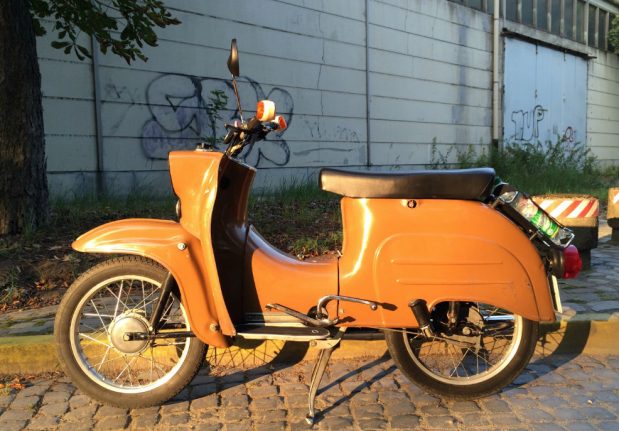 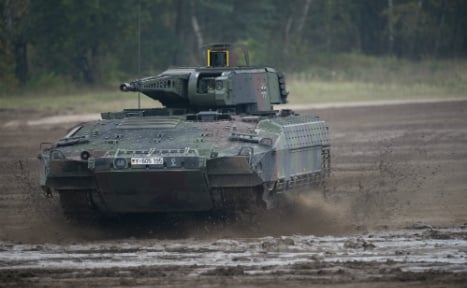