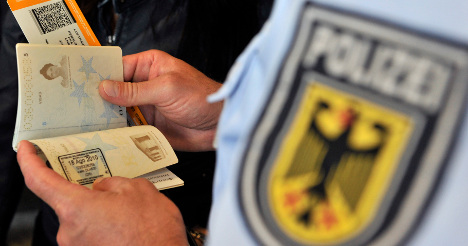 “We have to have targeted advertising for our country, where we want people to come to us.”

He added that companies should do more to hunt for employees abroad – although industry organizations have been pressing the government to do more to attract the future workers needed to keep the country's economy going.

Meanwhile, the Social Democratic Party (SPD) has been pushing for a new law which would allow people into the country based on scores allocated under a points system.

The law should be introduced “at the latest in the next parliament. But it would be better if the Grand Coalition [the current government] would do it,” said Thomas Oppermann, SPD leader in the Bundestag (German parliament).

But de Maizière responded that a new law would not necessarily fix the essential problem of attracting the right kind of migrants in the first place, as well as boosting interest in the German language and spreading information about Germany abroad.

De Maizière's comments come after a tense few weeks in the immigration debate.

Just last week a block of flats intended to be used by refugees was set ablaze in a town in Saxony.

And anti-Islam movement Pegida invited far-right Dutch politician Geert Wilders to speak at a rally on Monday, although he failed to attract an audience in the hoped-for numbers.

The Interior Minister admitted that Germany was suffering increasing pressure on its asylum system because of overlapping global crises.

“That's linked with fears and worries among the host people that we can't ignore… we shouldn't minimize these new conflicts or sweep them under the rug.”