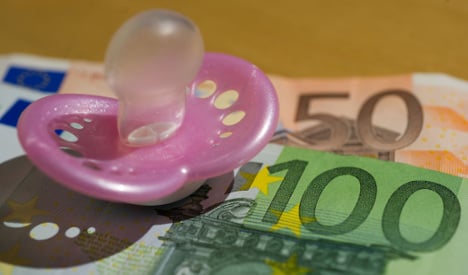 The court case, which starts on Tuesday, concerns a law introduced by the right-wing 'Black-Yellow' coalition between the Christian Democratic Union (CDU) and the Free Democratic Party (FDP), the predecessor to the current government, in 2012.

Now the current Families Minister, Manuela Schwesig of the Social Democrats (SPD), will have to defend the law, despite having been a vocal opponent of it when it was introduced.

The rule offers parents who choose to keep children between the ages of 15 and 36 months at home rather than in childcare a monthly benefit payment of €150.

Its opponents say it reinforces inequality, since it is more likely to be taken up by economically underprivileged families, especially those with immigrant backgrounds.

Der Tagesspiegel reports that in Berlin 22.4 percent of those who receive the benefit are foreigners, considerably above the 13.4 percent of the capital city's population who don't hold German passports.

When foreign children could be learning German, argue critics, the state is encouraging their parents to keep them at home, thus reinforcing one of the major barriers to employment later in life – language fluency.

Hamburg argues that the law is in contravention of the Constitution because it neglects the state's duty to treat all parents equally.

The state counters that Kindergartens are subsidised to the tune of €800 per child per month and that parents are thus indirectly subsidised.

A report commissioned by Hamburg says this line of argument constitutes a break with legal norms: Libraries and museums are subsidised but people who do not use them do not receive money in compensation.

The Hanseatic state also argues that the law increases inequality between men and women.

95 in every 100 recipients is a woman. The time spent out of work encouraged by the benefit system is detrimental to their career chances, the city state argues.

A ruling on the case is expected in three months.