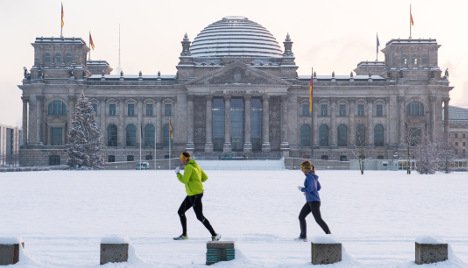 February may not exactly be the height of the holiday season, but the number of nights spent by foreign tourists in hotels, hostels, bed and breakfasts, and camping sites across Germany went up by 11 percent to 4.9 million, the Federal Statistics Office (Destatis) said.

These new figures come on the heels of news that Germany welcomed a record number of foreign tourists in 2014.

As well as the 75 million overnight stays by foreign tourists last year, German tourists also spent 349 million nights away from home in their home nation.

But the high number of German tourists is nothing new. Spokesperson for the German Tourism Association Sarah Lopau told The Local: "It has always been like this. Germany has always been the most popular destination of the Germans.

"Germany's main assets are its variety, and regional difference. We have mountains, lakes, and coastline. There is also variety in terms of price range, from low budget holidays to more luxury ones."

Lobau added that "big city tourism has been the main driving factor in attracting more people in recent years.

"The growth in cities with more than 100,000 inhabitants is much higher than the national average."

The popularity of the city break might suggest why more tourists are even flocking to Germany in January and February. Berlin, Munich and Hamburg are the nation's most visited cities.

Winter sports could also be a factor in the earlier parts of the year. According to the 2014 International Report on Snow & Mountain Tourism, Germany is visited by around 15 million skiers a year, despite not having the size of resorts – or the household names – seen in France and Austria.

The German Hotel Association also revealed that the number of people offering accommodation via the internet site Airbnb in Berlin has increased by around 15 percent since June 2014.

But a booming tourism industry is not without complications. Internet platforms like Airbnb have been blamed for rising rent prices and a lack of housing, because the rooms advertised are removed from the regular rental market, an IHA press release said.