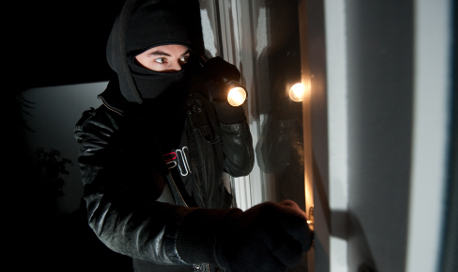 The rise in burglaries in 2014 made it the eighth year in succession in which incidence of the crime has gone up.

In total 152,000 incidents were reported to the police during the year, the highest level in the last 16 years.

In ten of Germany's 16 federal states, the number of burglaries rose in comparison with 2013, according to statistics provided by individual states.

The highest increase came in Bavaria, where incidence of the crime rose by 30 percent. In both Baden-Württemberg and Saarland, the burglary rate rose by over 20 percent.

“The good news is that 40 percent of burgalries fail during the attempt,” Interior Minister Thomas de Maizière of the Christian Democrats (CDU) told Bild. “That shows that securing our properties helps.”

The interior minister suggested he would support material incentives whereby investment in anti-burglary systems would be deducted against tax.

Still, the increase of 2 percent was less than that in 2013 when the number of burglaries rose by 4 percent over the previous year.

But there was good news from six states.

Thuringia showed a 17.2 percent decrease in the rate of burglary.

Lower Saxony and North Rhine-Westphalia also showed smaller decreases in the rate of the crime (6.9 and 3.9 percent respectively.)

The Bavarian Interior Ministry released a statement saying: “We have seen a sharp increase in the rate of burglary, but it comes from a comparatively low base level.”