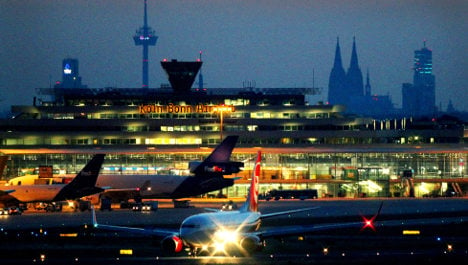 A statement issued by the low-cost airline, whose parent company is Lufthansa, said it was informed of the bomb alert by police.

The incident comes less than three weeks after a Germanwings flight from Barcelona to Düsseldorf crashed in the French Alps killing all 150 people on board.

Co-pilot Andreas Lubitz is believed to have deliberately flown the plane into a mountainside.

A bomb detection team with sniffer dogs searched the plane in Cologne, an A320 Airbus, after the 126 passengers and crew had got off, although it was not immediately known if anything was found.

The passengers were transferred to another flight.