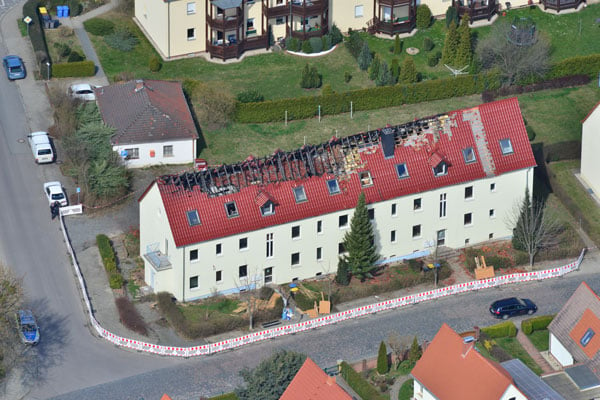 "The events in Tröglitz are a disgrace," Germany's Welt am Sonntag newspaper quoted Foreign Minister Frank-Walter Steinmeier as saying.

He was referring to a small eastern town where a centre that was set to become a home for asylum seekers in May was torched just over a week ago.

The town had already made headlines when its mayor, Markus Nierth, stepped down last month saying he felt abandoned by local authorities in facing neo-Nazi hostility over his support for accommodating about 40 refugees.

"We shouldn't be surprised that it's registered with great concern, also with our partners in the world when refugee accommodation in Germany is burning, and that how German society reacts is closely followed," Steinmeier said.

He also called for countries including Germany to take responsibility for the plight of refugees.

"Even though we cannot solve the hardship of refugees, we must help abate the consequences," he added.

Nobody was hurt in the fire.

Police said one or more people caused the fire and that it appeared an accelerant had been used to start the blaze.

Germany, which has become Europe's top haven for people fleeing conflict, saw populist marches in recent months in the eastern city of Dresden railing against the "Islamisation" of Europe.