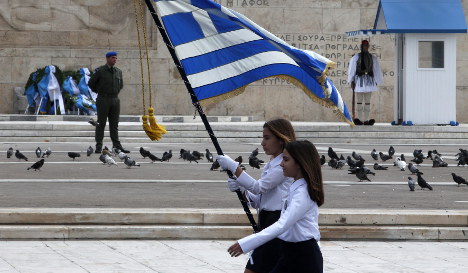 Writing in business newspaper Handelsblatt, Varoufakis said that the two countries had reached a state of “open hostility”.

“This toxic game of Schwarzer Peter [a card-matching game] only benefits Europe's enemies,” he argues. “It has to stop”.

Greece has come in for particular criticism in recent days for an attempt to secure favourable economic terms with Russia.

“His flirting with Russia makes a constructive solution with Europe in these financial questions difficult.”

And Prime Minister Alexis Tsipras is expected in Moscow on April 8th to meet Russian President Vladimir Putin, after a visit planned for May was moved up the calendar.

“Instead of asking for help from his comrades in Russia, Prime Minister Tsipras should finally put forward concrete and dependable reform proposals,” he added.

In fact Greece is waiting to hear back from its creditors, the so-called “Troika” of European Commission, European Central Bank, and International Monetary Fund, about reform proposals it submitted on Friday.

But rumours suggest that the plans don't go far enough to justify the creditors' unblocking €7.2 billion in cash to avoid Greece defaulting on its debts.

Against this background, it could be too late for Varoufakis to be defending the finer points of his argument that Greece should never have borrowed from its European neighbours in the first place.

He writes, “five years after the first bailout was implemented Greece is sinking further into crisis” – with little sign of the flexibility on either side to haul it out again.