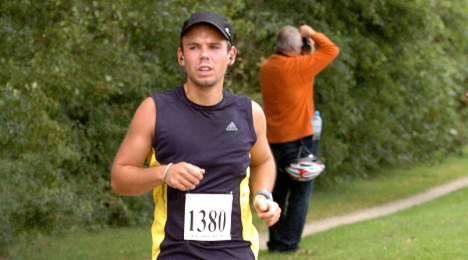 But the spokesman also quashed speculation Lubitz had sought medical treatment for an eye impairment.

Speaking outside the prosecutors' office in Düsselfdorf, spokesman Ralf Herrenbrück said they had no evidence to suggest that Lubitz, who is believed to have crashed the Germanwings plane last Tuesday in which all 150 people on board died, suffered from an eye condition or any other physical condition.

The co-pilot was treated for suicidal tendencies "several years ago", Herrenbrück said.

"In the ensuing years and up until recently, he had doctors' visits and was written off sick but showed no sign of suicidal tendencies or aggression
towards others," he added.

Herrenbrück said in the statement that prosecutors would "not take part in speculation about the deceased co-pilot's motives".

He added that based on the evaluation of medical documents and the testimony of people who knew the co-pilot, Andreas Lubitz, there was still no indication that he had told anyone of his plans or left behind a suicide note.

"Nor have particular circumstances been identified in his personal or professional environment to offer verifiable evidence about a possible motive," he said.

A Lufthansa spokeswoman said it would not comment on the new information about Lubitz's health.